Skip to content
The admin of QOTO, Jeffrey “Freemo” Freeman, sent out emails to a number of fediverse admins who block his instance today. In the email I received as well as in some posts I saw on Freeman’s account, he assumes that the reasons for blocking are because of a smear campaign against the instance from one of his former users who got suspended for hate speech as well as for a feature that allows users to subscribe to remote accounts’ RSS feeds in their home timeline without using the ActivityPub follow mechanism. I cannot speak for the administration teams of instances other than my own, but the suspension of QOTO from Jubilife, initially put into place on 22 August 2018, is not to do with the subscription feature or from whatever Snow may or may not have said as these issues postdated the block.
QOTO has a moderation philosophy that is incompatible with how I run Jubilife, as they do not suspend any instances (see their instance short description in the sidebar which includes “We federate with all servers: we don’t block any servers”. Even the “silence” level block is utilized very sparingly; only 4 instances are silenced from QOTO as of this writing. Freeman himself interacts with instances and individuals who we have near-zero tolerance for, as a quick scan of his profile while responding to his email showed boosts from gleasonator.com, gameliberty.club, and shitposter.club. The last of these, SPC, has been a fashy hellhole since before Mastodon existed. There is no excuse for an admin of an instance that has been around since 2018 to be boosting a goddamn thing from SPC. Jubilife and our fellow travelers in the fediverse give no quarter for fascists, and if you do then you are not welcome in our communities.
Freeman’s email and my response are embedded in the gist below:
Took the Heart of Time out to Hutton Orbital. Three jumps to get to Alpha Cen, refuelled at al-Din, and then spent an hour and a half supercruising almost a quarter light year between Rigil and Proxima. That sure tore up the Heart‘s paint, ey’re gonna need some work done. 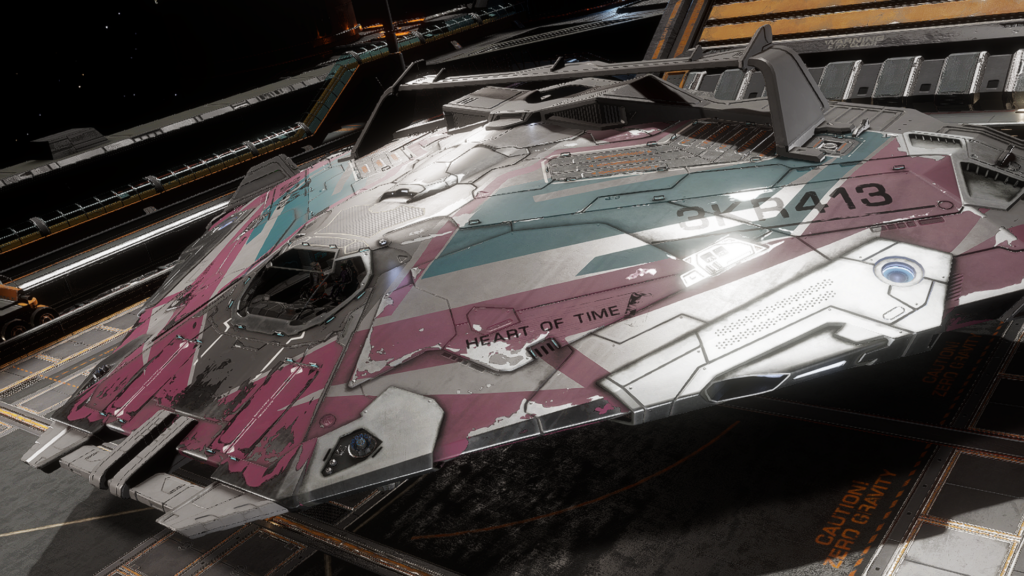 Got my commemorative mug, availed myself of the station’s bar, and loaded up my hold with several tons of that centauri gin people like for some stars-damned reason. Then before I took the high wake highway home I did a little tourism of what few sights there are to see out by Proxima, namely Eden and the red dwarf itself. 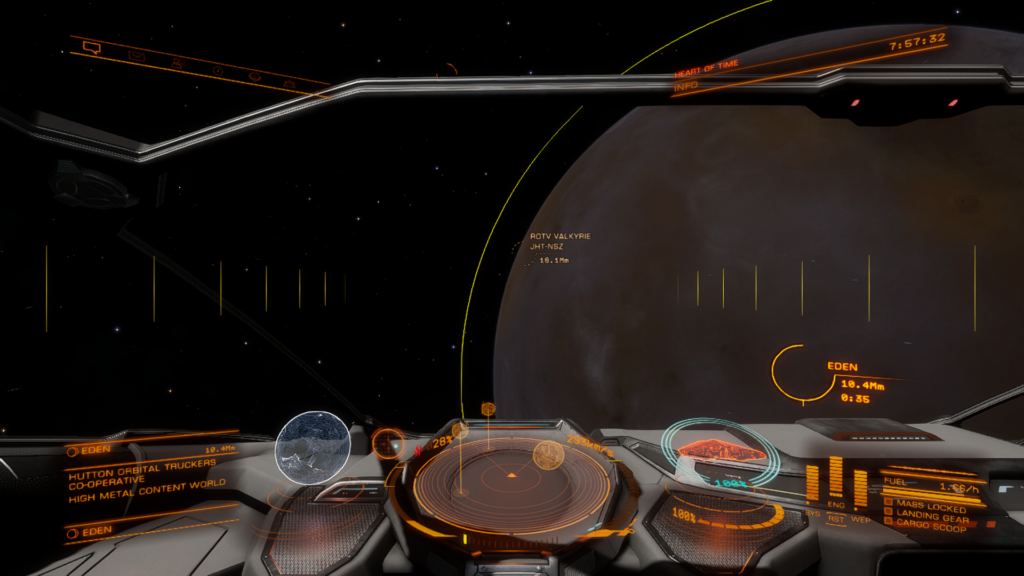 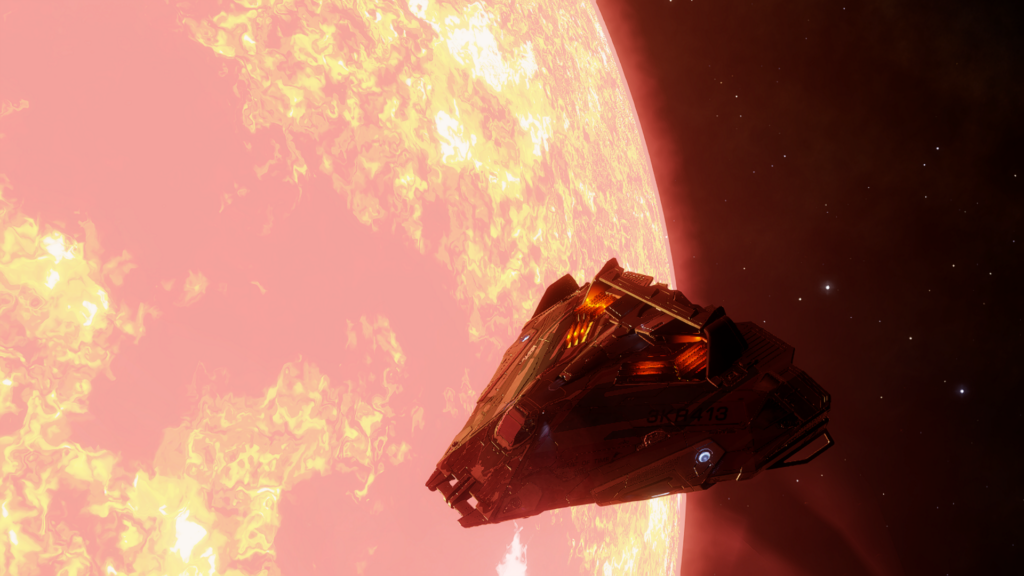 Now I’m back at Whitson in my hab after offloading that booze, got the Heart in the shop, and ready to get some shuteye. Tomorrow I need to take the Overcoat back out to Opala to finish a salvage job, maybe this time I can actually get a bead on the signal for those samples…

Also on:
An in-character entry from my Elite: Dangerous character, CMDR Nova Elys.

Took a trip out to Alpha Scuti as a bit to razz a friend about their freckles looking like Scutum. It was worth it for the data to sell to Universal Cartographics but gotdamn I probably should’ve just taken the Heart of Time instead of turning the old Sidewinder into a flying gascan; why in the hell did I do that‽ 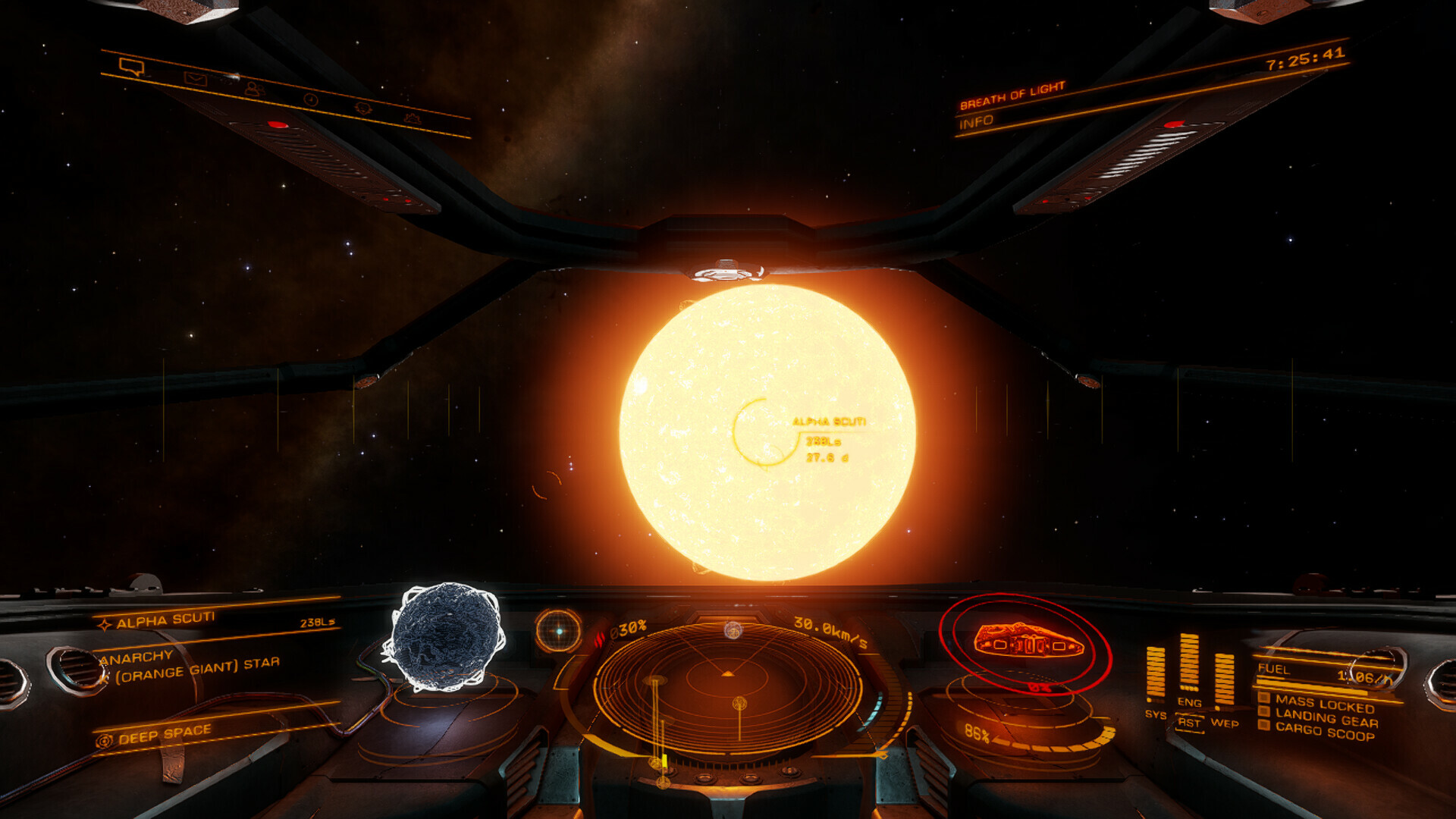 Also on:
I finally moved my website from GitHub Pages to something self-hosted; https://sixy.name is now part of my WordPress multisite network on DewfordHall. Fuck dealing with a static site generator or raw HTML when I already have a perfectly good CMS.
I’m part of a project to do a podfic of Sarah Zedig’s Homestuck fanfiction godfeels as the voice of Dave Strider.

Mike and Sarah have big feelings about an enduring debate. Digressions include “Carrie,” party planning etiquette and Whole Foods cafeterias. Sarah’s sound quality changes midway through because she moves from a McDonald’s parking lot to a Hardee’…

Originally posted on 9 June 2021 on the Community section of You’re Wrong About’s Patreon.

I really hate to post something like this, but I am… disappointed with the cancel culture episode. It is, in my view, mostly a good episode, but the repeated mentions of Natalie Wynn in a sympathetic light without mentioning what she was “cancelled” for is quite irresponsible.
Wynn repeatedly made statements in videos and on Twitter that were bigoted toward nonbinary and non-passing trans people. Some of these were apologized for before a couple months later she’d say the same kind of crap again. It finally came to a head in summer or fall of 2019 when she made a thread against the practice of asking for pronouns (in which she also said she felt like the last of the “old school transsexuals” despite her having come out in like 2017), got called out again, apologized, deactivated her Twitter for a short time before coming back and putting out a new video with a cameo from Buck Angel (who she shouted out on Twitter when announcing the video). Buck Angel is a trans man famous as a porn star and infamous as a transmedicalist or “truscum”, i.e. the view that transness is a Medical Condition™ and that anyone who doesn’t experience gender dysphoria (or experiences it in a way that isn’t True Dysphoria™) isn’t really trans. Quite a lot of nastiness and gatekeeping comes from transmeds including broad anti-nonbinary bigotry. This was the final straw for many people because no matter how many times Wynn apologizes, those apologies ring hollow when she goes right back to the same old shit. Then she made the “Cancellation” video a few months later, leading to quite a bit of dogpiling of people who criticized her thanks to screenshots included in the video (at least some of which didn’t @mention her and even had her blocked) and has made an even bigger name for herself than she ever would have gotten thanks to the cancellation narrative.

Now, I don’t expect cis people to know all of this without doing some digging, but considering this was first and foremost a trans intracommunity issue, I do think that cis allies have a responsibility to do that due diligence. Please, please be better about this in the future.

I started actively naming my computing devices somewhere around 2012/2013 after I started dealing with servers for the first time. The first servers I had shell access to were those belonging to a friend I met through an RP community who hosted infrastructure for said community. They introduced me to the idea of themed names for servers and other computers; they use Sonic level names. The name scheme I ended up settling on is also video game themed, which you might be able to figure out from the domain name of my Mastodon instance: locations from Pokémon.

Current local device names are Rustboro and Saffron for my phones, Oldale for my laptop, Littleroot for my older desktop, and Mossdeep for my new desktop. (Yes I have a bit of Hoenn favoritism, Ruby was the first game in the series I completed.)

October update: Rustboro, a Galaxy S4, has finally been retired. Driftveil, a Pixel 5a, has taken its place.

When you go to delete a server in your hosting control panel, make sure you select the correct server. Also don’t just quickly click through confirmation dialogs.

There’s a lot of misinformation about various LGBT/Queer terms, especially when it comes to neologisms coined on social media where the origin may not be well-documented. For this post, I’m going to address the etymology of the word ‘enby’ and the misconceptions around it.

This September 2013 post, originally from Tumblr user revolutionator[note] is the origin of the term

‘Enby’ is literally just intended as a nonbinary equivalent to ‘boy’ and ‘girl’, and the discussion of initialism collision with ‘non-Black’ came years later as far as I can tell. And as many nonbinary people have brought up, the term can be quite infantilizing[see 2021 addendum] and should not be used for people who don’t use it for themself.

As for the other part of the false claim, that it was coined by a person of color, I’ll let this (partially redacted for privacy on a locked account) screenshot of the coiner’s Twitter profile say all that needs to be said about that:

Note: The link is to a Wayback archive of a reblog by Tumblr user faunmoss from 6 years ago as of this writing in 2019. The original post itself is on a blog that Vector last posted to in 2015, with a large string of numbers as the current username and behind the post-2018 NSFW filter, which breaks links to direct posts outside the mobile app. Reblogging to drafts from mobile and checking the timestamp with Xkit shows the OP was posted on 10 September 2013: